I dropped my youngest son (17) off at a farm we have permission on at 3:30 pm this afternoon. I set him up close to some active scrapes and in the vicinity of where I saw a 10pt last Wednesday afternoon that I couldn't get a shot at. From there I carried on to a job site where I had a few minor items to deal with before tomorrow morning. I finished up my work and got back to the farm about 530 pm. I put my ghillie suit on and headed to different area to try some walk and stalk action. I had lots of fun myself as I saw 9 different does and unsuccesfully tried stalking 3 them.

At about 625 pm the phone rings and it is my son saying he shot at a buck about 25 yards out and was pretty sure he made a good hit. I asked if there was a donkey kick and my son replied yes it kicked and took of running for about 30 yards than stopped and starting walking slowly until it was out of sight at about 50 yards. I said to stay put as the stopping and than walking slowly had me concerned about a gut shot. I told him the first thing we were going to do was find the bolt and take a good look at it and that the smell would also be important.

I arrived at his spot 10 minutes later and we quickly found the bolt and it was covered in blood from tip to fletching. I took a good sniff however and it did not smell right. I asked my son to take me to the spot where the buck stopped and than to where he lost sight of it. Standing at the last known location we spotted him laying about 15 yards further down a small hill. Inspection revealed the buck had indeed been gut shot (it was a slight quartering towards shot according to my son) but that the bolt had also run through the entire length of the liver. The sliced open liver had obviously made a potentially difficult recovery relatively easy.

The last deer my son took was a doe and was while he was an apprentice 2 years ago. This is his first using his own tags and his first buck. Deer scaled 182lbs field dressed so probably about 225lbs live,

The deer as we found him: 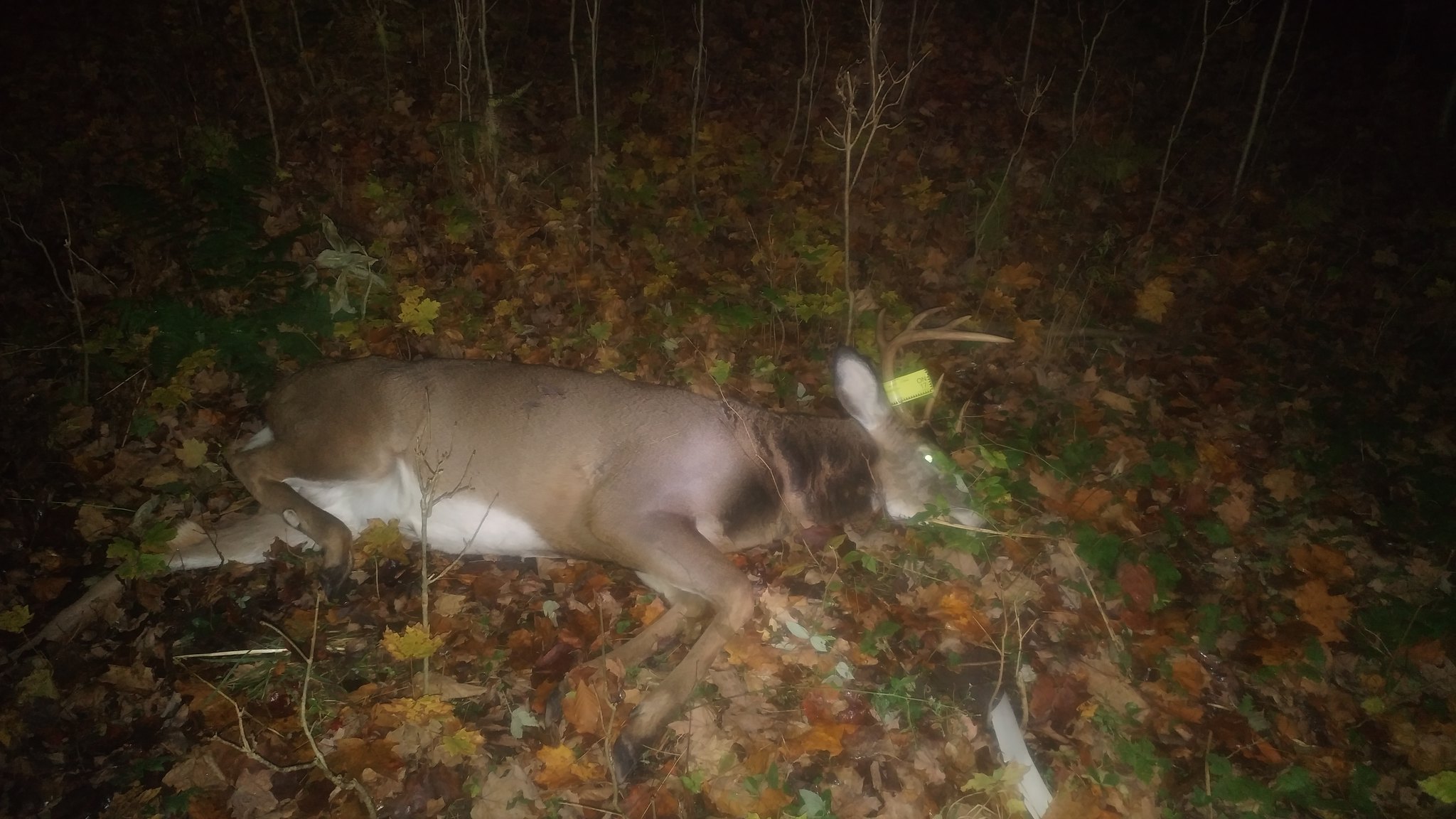 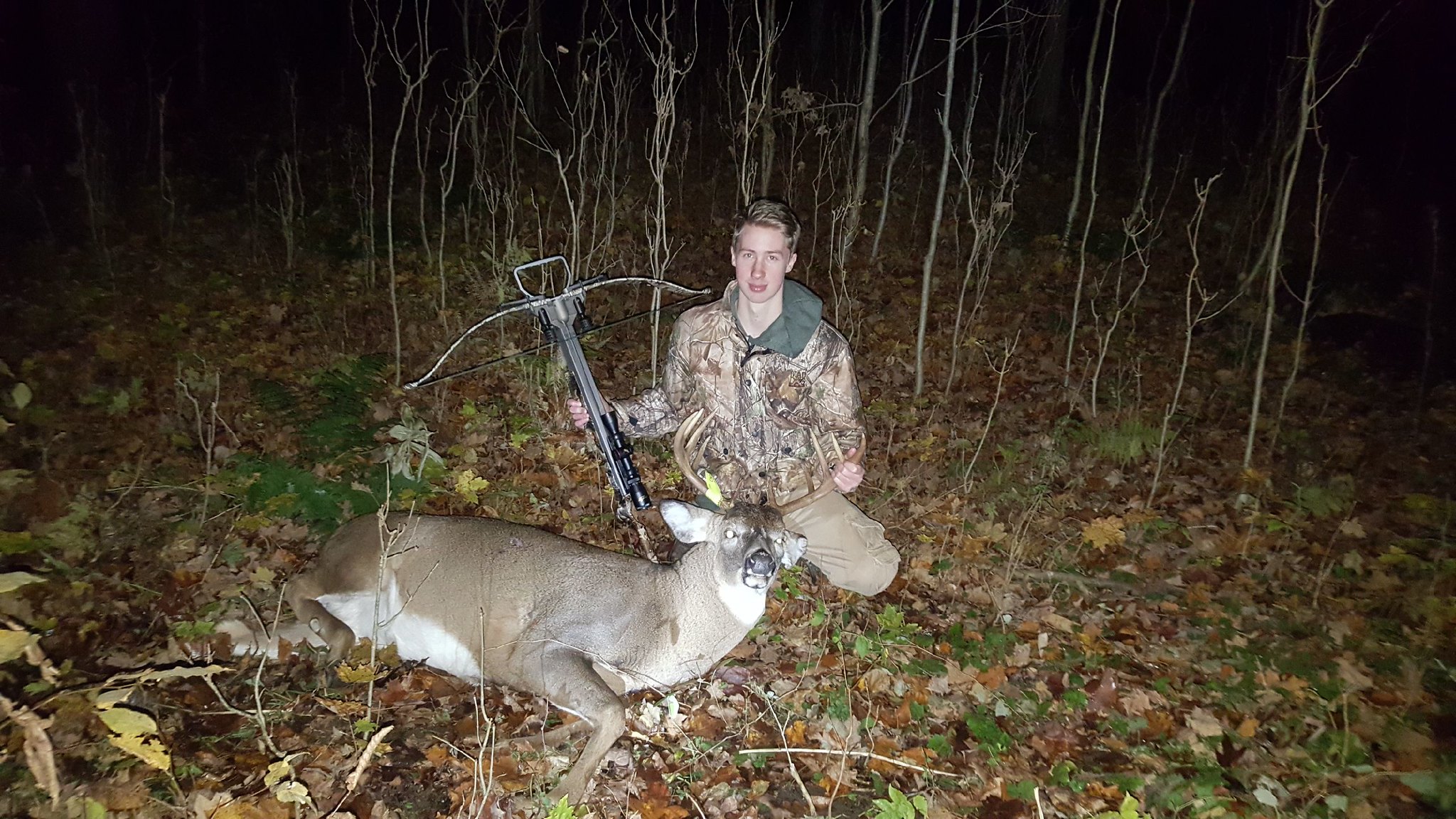 Never violate a woman, nor harm a child. Do not lie, cheat or steal. These things are for lesser men. Protect the weak against the evil strong. And never allow thoughts of gain to lead you into the pursuit of evil.

-The Iron Code of Druss the Legend
Top

Nice buck, congrats to him.

Congrats to him on his first big buck.
W.M.
Top

Congrats to your son on a very nice buck and congrats to you for raising a son that hunts and stays out of trouble. Nice looking kid.

That would be one heavy buck in Wisconsin. Congrats to your Son on a fine buck indeed.

Great job! Beauty buck for his first! A lot of guys wait a long time to get a nice one like that.