My buddy called this afternoon looking for help with his Equinox. He tried to pull back his Vertical compound bow and couldn't do it. Gave up after three tries. In his younger days he thought he wanted to be a bull rider. All he got for his effort was two bad shoulders, broken jaw and nose. Now his shoulders have failed him so it's back to the crossbow.

He hasn't used the Equinox for a few years and was concerned about the new string he put on it and the brace height. I got him all squared away and he went to his stand this evening.

I never rode and even wanted to ride a bull so I think I smarter than he is or just chicken!!

Re: Bull Riding and Crossbows

I forget who said it, or where it came from but the line went like this...

"So, you wanna be a bull rider? Get you a handful of marbles and put them all in your mouth. Every few minutes spit out a marble until you've lost all your marbles, and then you'll be a bull rider"!!

Never saw the need to ride and angry bull when a perfectly good horse was handy!!

"Howdy"... from Deep within the Heart of the East Texas Piney Woods!!

Just make mine an Excalibur!!
AJ

Re: Bull Riding and Crossbows

I think your friend can blame more than bull riding for his shoulders. My Dad was a PBR qualifier back when I was little. He did break his chin and get it bolted back together when a bull stepped on him after he came off. Another time he was thrown into the gate head first and it actually broke his helmet and he got a concussion and some stiches. He still got back on and made more rides after that. You have to be tough and lucky. My brother is named after a bull rider and my name came from one of the announcers because they were tough and had good character.... 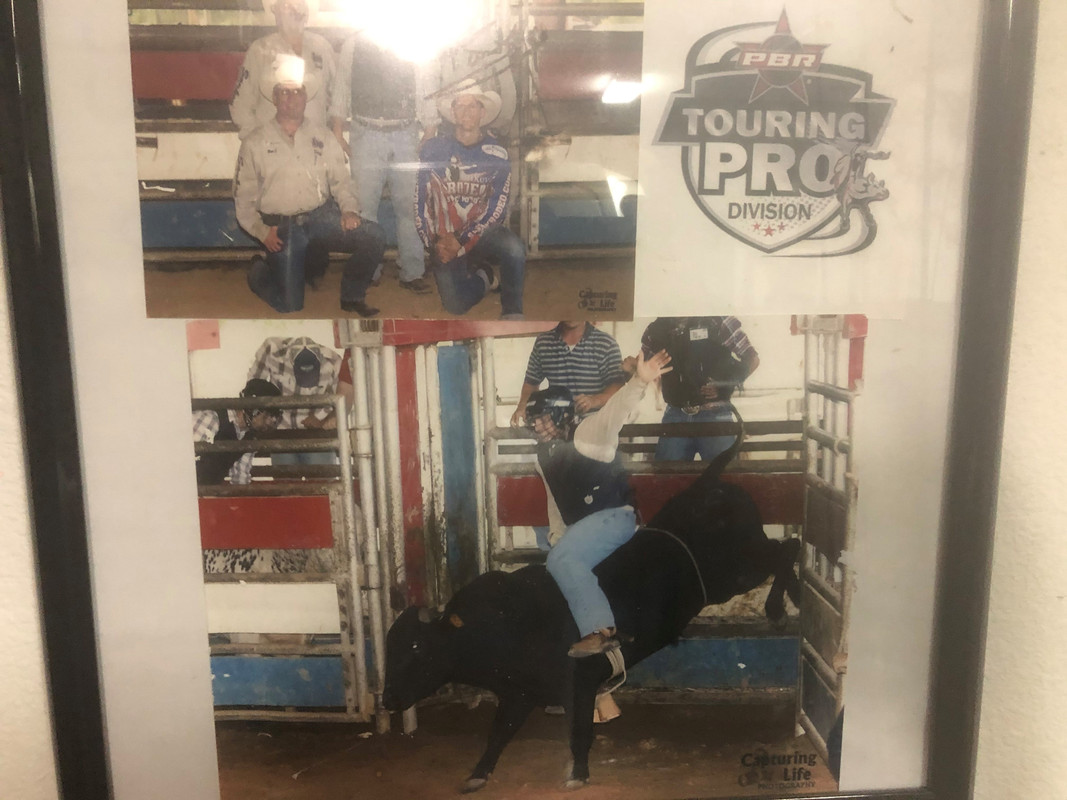