Noticed the topic of limb straps in another thread and didn't want to hijack it so...

I have a Micro 355 and a BD400 and previously had a different Micro 355 and all have different limb strap configurations. One has a bare metal strap that doesn't touch the limb, one has a strap with rubber pad under it that doesn't touch the limb and the other has a rubber pad that is tight to the limb. I imagine that there have been refinements to this over the years and curious what the correct or preferred configuration is now.
Thanks
Top

Ok, the purpose of the limb strap is to gently control the movement of the limb. That's all.

Over the years the went from no ferrule and no rubber, to the grey ferrule with a rubber piece under the limb. In this configuration the rubber was close or touching the limb. The next step was the black ferrule with left the rubber 1/8+- off the strap.

This allowed the limb to flex and do its thing before being stopped, and then the ferrule guided the limb back into the pocket and away we go. Everyone would agree that limiting movement would cause more stress than allowing an object to flex within its tolerances and come back. We see this in every industry on the planet
I believe this was also a manufacturing step to get them to the point that they could add the GEN2CRT limbs into the mix and have the hardware already in place.

So that's the story. Regarding your question, I'm my opinion, no rubber is fine if you have no ferrule. But either grey or black ferrule will do the same thing, as the limb does not slam against them, that's a different story that I won't get into. 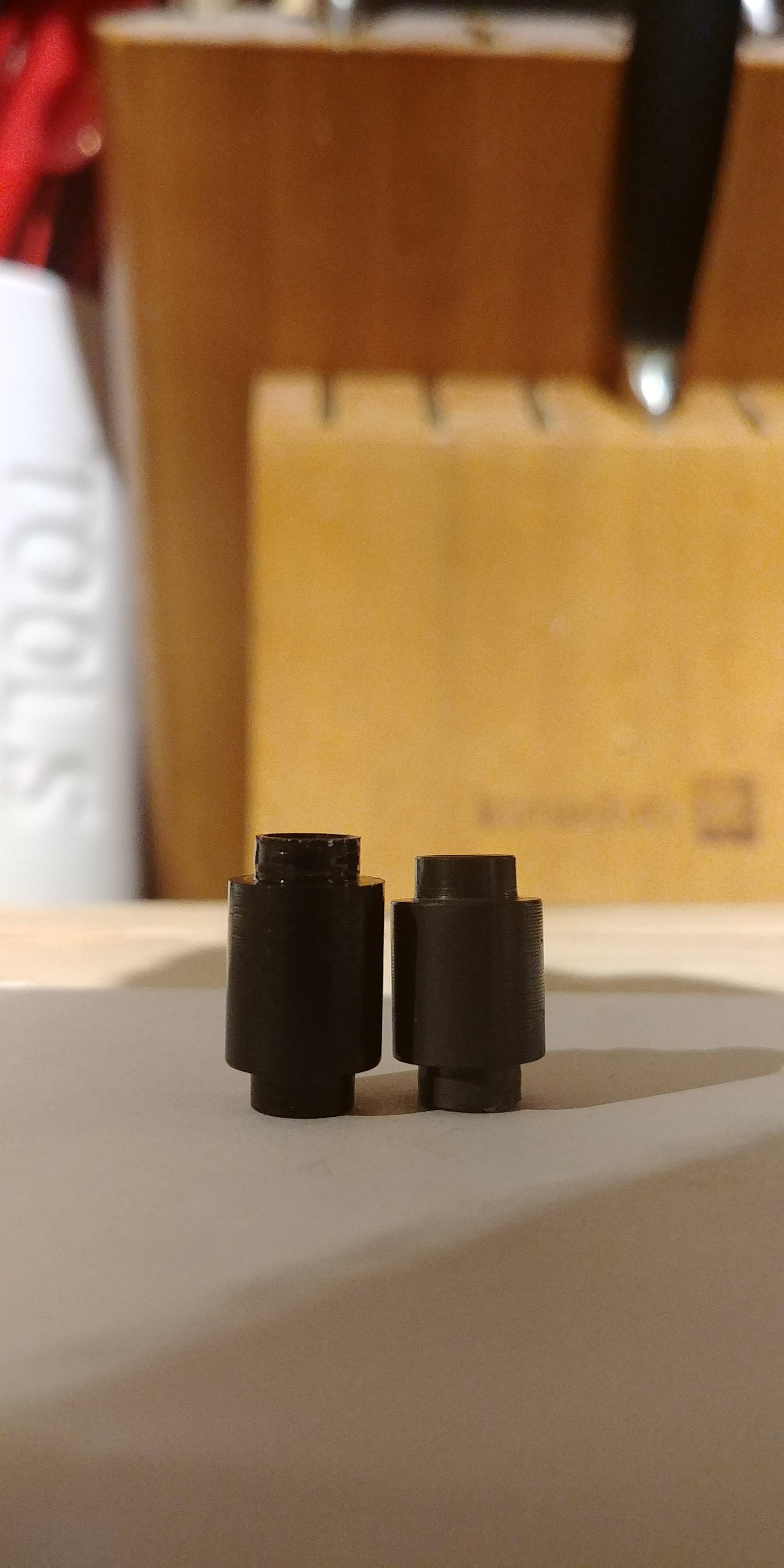 I've noticed that as well between my various bows. Most recently was when I pulled out two new packages of air brakes I had sitting around. The ferrules in the two packages were 2mm different in height, just like janesy's picture shows. I measured the ferrules on the Micro 360TD Pro (since it came with air brakes) and it had the shorter ones on it. I checked my BD400 (which also came with air brakes) and it has the longer ones.

My only conclusion: If you have a drawer full of air brakes and limb attachment parts, make sure you're using all the same size parts on a bow!

The straps always had rubber from the Wolverine to present. If they didn't have rubber, it would eventually score some glass fibers and it doesn't take much but limb failure will be eminent. They are there to limit limb travel. Not being in hard contact with the limb, it allows the limb to oscillate along the whole limb rather than abruptly snub the vibration at the recoil strap. This way the limb's gradual thickness towards the limb bolt will gradually slow the limb vibration. When Excalibur made the straps not contact the limb, the thinking was that being in contact was contributing to limb breakages. While it may help in preventing it, I doubt it contributes much.
If there are no dogs in heaven, I want to go where they went. Will Rogers
Random acts of kindness can change the world.
Top

Thanks Guys, makes sense. There was some hard particle between the limb and frame on top of the plastic plate (not rubber on mine) on my Micro directly below the strap that actually did score the limb and raise a splinter. I found it when I was switching my limbs around. Of course Excalibur is replacing the limbs no problem.
Top

Smong2000 wrote: ↑
Thu Jan 16, 2020 11:17 am
Thanks Guys, makes sense. There was some hard particle between the limb and frame on top of the plastic plate (not rubber on mine) on my Micro directly below the strap that actually did score the limb and raise a splinter. I found it when I was switching my limbs around. Of course Excalibur is replacing the limbs no problem.

That's how I would describe the strap on my matrix 355. It had something on it, but it wasn't the same rubber pad
Micro-Hybrid-bulldog "PitBull370"
MOBU Micro BD345 "Greener"
Blackout BD-Axe "Hatchet340"

there are at least 3 types of limbs strap ferrules i know of not sure which model goes to what thickness limb. i just install them as they come with the limbs.i know its hard to tell but the grey one on the left has different edge. the one way to the right is much shorter than the other 2.