Why the black crossbows

The truth is the composite gun stocks were pushed on the market when good walnut was getting hared to find in the 70's , 80's , they are great in poor weather, fantastic for target guns , but very poor at giving me any nostalgic feelings of ownership like checkered walnut can.

when i'm sitting in the woods in blaze orange i'm not real concerned about the color of my rifle... when i'm done gutting a deer i'm usually wishing that my rifle & knife were both blaze orange... as far as my 335 goes it's a lil easier to keep my nightmare straight from my son's camo one when in camp or target shooting otherwise i would probly have gone camo but to each their own
Micro 335 Nightmare (Black Bo)
Twilight DLX
Wyvern's Gold Tips
Drstirrup
Matrix 350LE
Top

Ive never worn camo hunting, I guess we don't need it here. I prefer conservative lines and tones on weapons as well. Its always struck me strange that for rifle hunting we choose normal stocks and profiles 90% of the time for all our 0-400 yards shooting. But when we want a crossbow which is technically more primitive, we want the stock to look like a long range sniper ninja toy. 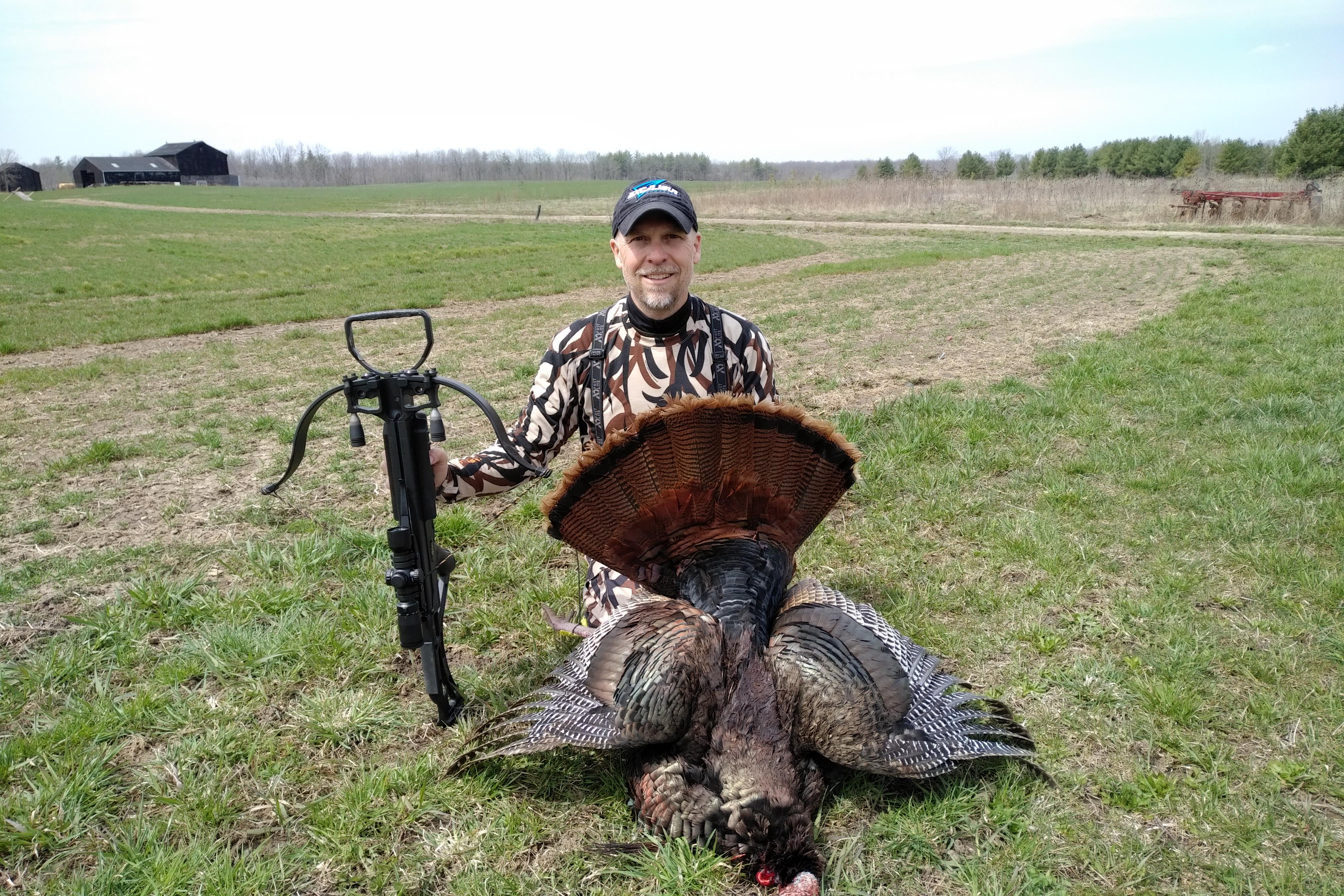