I went to check the trail cams today and I'm glad I did. A large tree had fallen into the tree that one of my ladder stands is on. It would have been a matter of time before it came down and squished the stand. It was my daughter's prime hunting location so she was sad to know it has to move.

One of my camera is a Cuddyback and I had to pull it down and retire it. This year the night photos it takes are all black. It makes it almost pointless since 80% of the photos are night photos. I'll have to pick up another cam eventually.

While reviewing the photos, I haven't seen any decent antler growth worth mentioning. Like last season, I'm full up on spikes. But, I've got at least one bear roaming the mountain that makes the rest of them look puny. Until you see this bear. 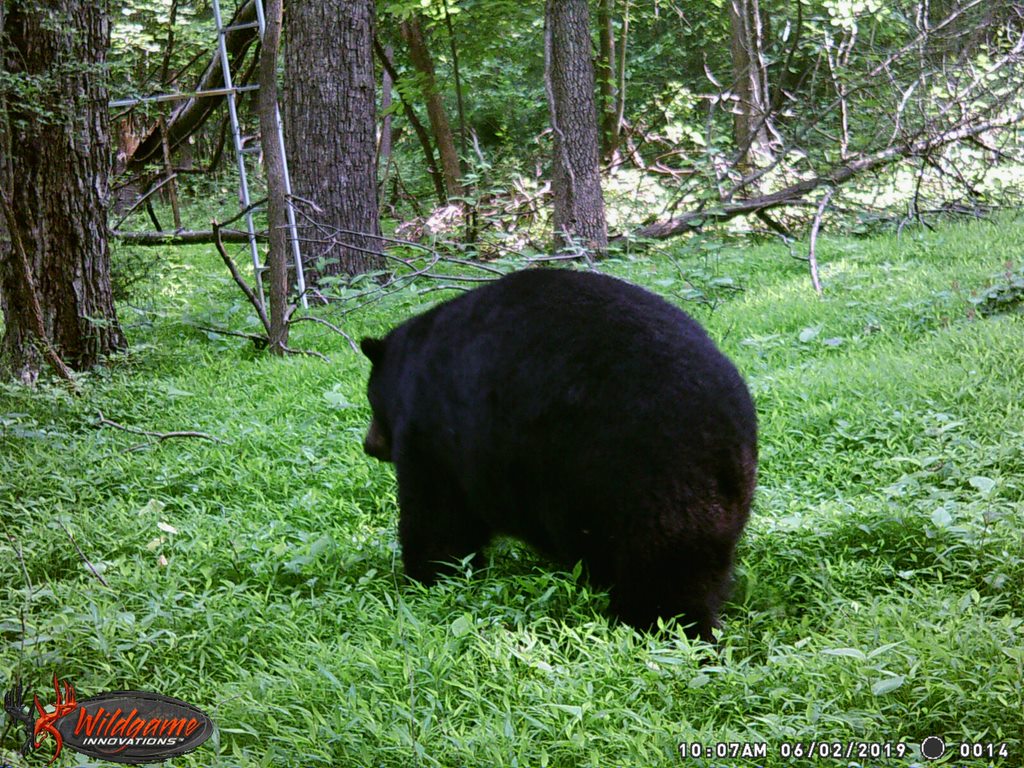 This one looks a little small. But it looks tiny compared to this one. 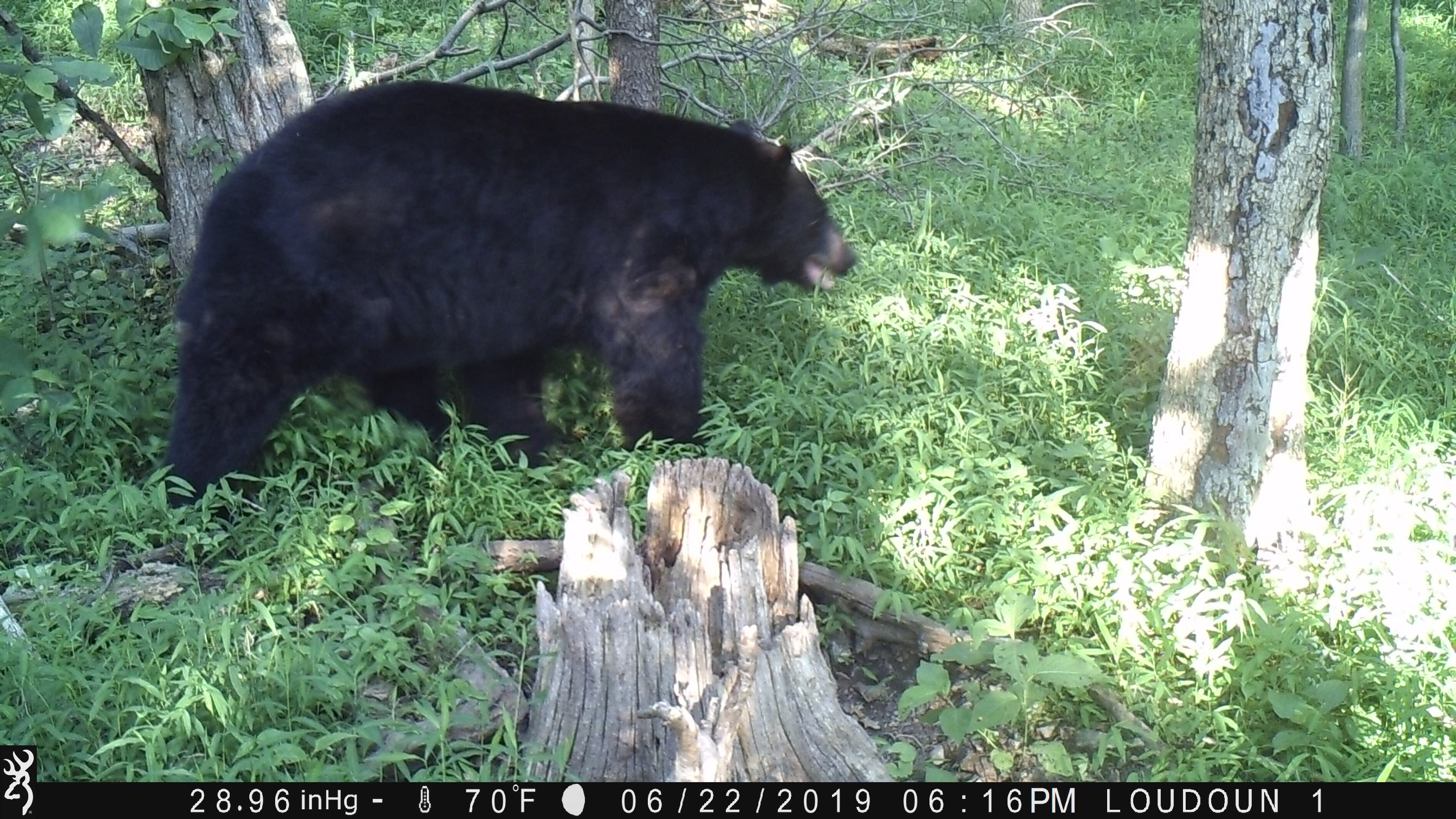 If he sticks around, I may have to pick up a bear tag again.

Ya I'd definitely have a bear tag on me !

I have yet to go in and check my cams as we have had so much water its like a big swamp with giant pterodactyl mosquitos now that its getting warmer.
Top

That's a beauty pumpkin head! Looks like the belly is dragging the ground and small ears that are far apart. That says shooter all day long.

Cheers,
Nog
"Political correctness is a doctrine, fostered by a delusional, illogical minority, and rabidly promoted by an unscrupulous mainstream media, which holds forth the proposition that it is entirely possible to pick up a turd by the clean end."
Top

I had a tree fall last year at one of my stands after deer season and knocked my Bushnell camera off the side of the tree, the camera still works but the plastic piece at the back where the belt slid through is broken. It was a big white oak that fell right in my shooting lane and ruined that hunting spot.

The bear is a nice one I hope you can get him.
Stryker Katana 360
Black Eagle Zombie Slayers
TruGlo Titanium X Hybrid Broadheads
Top

Top two & fourth picture are very nice bear. The Third picture might be a female, and here in Pa. it's breeding season yet. I again had a bear adjust my one trail camera for me, in pictures from today.
Matrix 355----Scorpion
Hawke XB1
DrStirrup Products All
nchunterkw,Boo strings
Steelforce B.H.
Magnus B.H. Ser-Razor 125 gr.
SPYNAL TAPP
Nufletch Ignitors
NockOut Lighted Nocks
Top

That is a nice big bear for sure !
Hunt eat sleep repeat.
Top